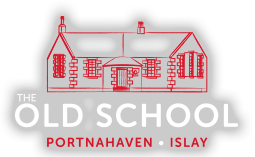 Portnahaven Primary School was in continuous use as a school for 120 years; from its construction in 1878 to its controversial closure in December 1998. This beautiful B-listed building fell into disrepair in the intervening years. 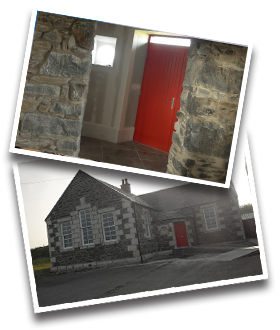 Iain and Barbara Henderson bought the school in 2010 with the intention of converting it to a dwelling house. The schoolhouse next door had been occupied for some time, but the school had become derelict.

After removing all plasterwork to expose the internal stonework, new flooring, insulation and wall sheeting were installed. The classroom was divided into a living room and two bedrooms; the school office became the main bathroom, and the original kitchen was split into another two bedrooms.

The original internal doors were taken out of their frames and sent to Glasgow to remove layer upon layer of paint. They have now been reinstalled. We have tried to expose as much of the internal stonework in the property as possible, working in contrast to the modern décor.

We would particularly like to thank our project manager, Bobby Young, who is a Portnahaven resident for the colossal effort he put in to helping us restore the school. He helped us organise this restoration by being on site almost constantly over the course of the project, and his help cannot be underestimated.

We also want to say a huge thank you to all the people who helped out in this process: 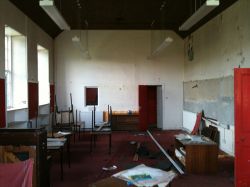 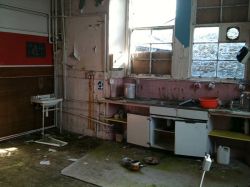 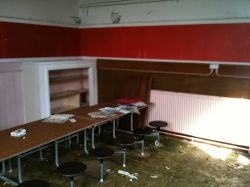 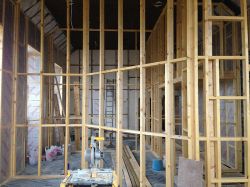 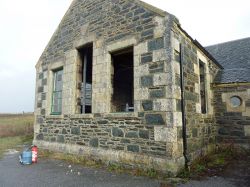 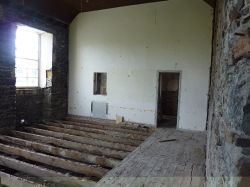